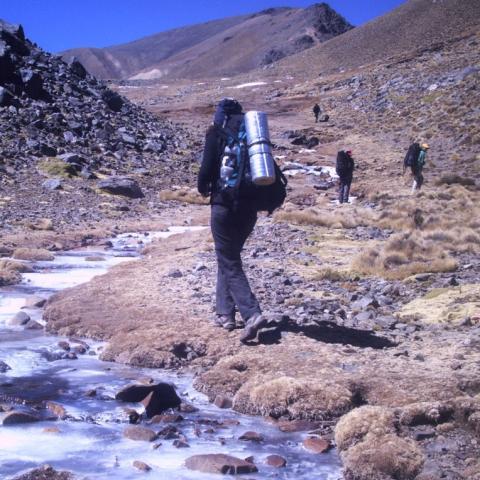 One of the most complete, spectacular and wonderful trekking crossings in Argentina

The most demanding, complete and spectacular walking tour in America is found in northwestern Argentina. It joins  Catamarca province with Tucumán province, crossing the Nevados de Aconquija. It begins in the great aridity of the southern puna, in  Catamarca, and ends in the infinite thicket of the mountainous jungle of Campo de los Alisos National Park, in  Tucumán. It reaches a similar height to the top of Mont Blanc at 4850 masl, overcomes 2200 meters of elevation gain and the roaring and unrivaled mark of 4100 meters in descent. It enters La Ciudacita, one of the last constructions of the Inca Empire and finally manages to raise the bodies on an amazing cushion of clouds to the east, which is illuminated at each unforgettable sunrise. If the itineraries in the wild mountain, of pure nature, could be included in the artistic world, this would undoubtedly be a precious work of art. It is one of the 10 best and most important trekkings in Argentina.

Day 1 Meeting at San Miguel de Tucumán bus Station or Tucumán airport. Transfer on a mini-bus to Santa María town  (Catamarca) crossing part of the beautiful roads of the Calchaquí Valleys. From there we'll go to Estancia El Tesoro, base and beginning of our journey, at the feet of the giant Aconquija. Set up the camp, welcome dinner and talk about the general considerations of the journey. First night at 2600 masl.

Day 2 We get up and have a slow breakfast. We pack our backpacks while we uncamp and prepare the loads for the animals. First stage of the walking tour: approximately 3 hours, slow walk, to the small town of El Tesoro de Arriba (3070 m.a.s.l.). There we'll set up our camp number 1 and we'll begin our acclimatization period by taking short walks in the afternoon and hydrating very well.

Day 3 We leave early to walk in the cool of the morning, going up a small ravine and then a gigantic high plain. Later, a small winding ascent will begin and, finally, we'll arrive at our second camping site: La Cienaga (3600 m.a.s.l.) or Piedra Escrita. We'll continue with hydration and enjoy an already captivating environment, with amazing views of the Catamarca deserts to the west.

Day 4 We get up early again, have a full breakfast and go for a walk ... We go up again, the landscape becomes unmissable, and our breathing begins to shorten a bit due to the effects of the height. Suddenly we enter a great high valley, where those "tireless" Incas walked many years ago. We arrive at Las pirquitas, a high valley, surrounded by rocks from where we can see numerous guanacos. This camp is already at 4200 m.s.n.m. and it will be our last step on the Catamarca side.

Day 5 Key day, the day of the Pass, of the Aconquija crossing. We'll get up earlier than ever. Taking advantage of the cool morning, we go up one valley and then another, the steps are increasingly shorter and slower, which allows us to have a good rhythm in the mountains. Finally, the "Paso del Inca" (4800 masl) fatigue doesn't keep us from taking that unforgettable photo and above all remember that now we only have to descend... On the way we begin to see several ruins (which were part of the Inca empire a long time ago), we go down and down, we can see the Tucuman and Santiagueña plains. We arrive at the camping post, we look for the best place for the tents since the stones make it difficult. Camp options: La Yareta (3900 masl), or La Cueva (3700 masl), below La Ciudacita. Previously we'll make visit to the great ruins of La Ciudacita (4400 m.a.s.l.).

Day 6: Up early again. We'll continue descending to pass through La Cueva camp (3700 masl) and from there we'll continue up the steep slope and an electrifying zigzag until we gradually get into the life of the flora and fauna of the Campo de los Alisos National Park, with Tabaquillos and other trees plus tall grassland. Finally we'll arrive at our La Cascada camp, at 2,700 m.a.s.l. The place is paradisiacal with Las Pavas River waterfall, the vegetation, the sounds and an astonishing geography. Rest and sleep with almost no height to bear.

Day 7 Another long and important day of descent. The chances of observing herds of Tarucas (deer preserved in the park) are greater. The jungle of Tucumán, the southernmost yunga, is already making itself felt. The weather, the landscape, our mood, everything changes. Little by little walking along a path and sometimes not, we see the first traces of civilization in "La Mesada", an English-style house from the beginning of the century. Where we preper to set up the tents, the pot on the fire for some comforting matecitos We are already at 1650 m.s.n.m. The unevenness we made shocks us.

Day 8 Last day of the crossing, we only have to continue going down, furrowing some rivers and streams with beautiful pools, until the post “Los Chorizos” (second “civilized” place of the crossing). From here, we must cross the last part of the park, descending through wide paths and enjoying the sounds of the jungle. The crossing has finished (780 m.a.s.l.). Once down, we go to Concepción and San Miguel de Tucumán, where our fantastic adventure ends. Transfer to hostels (ask to spend this last night in the city) or Terminal - airport.

Demanding crossing, one of the longest, with lot of unevenness 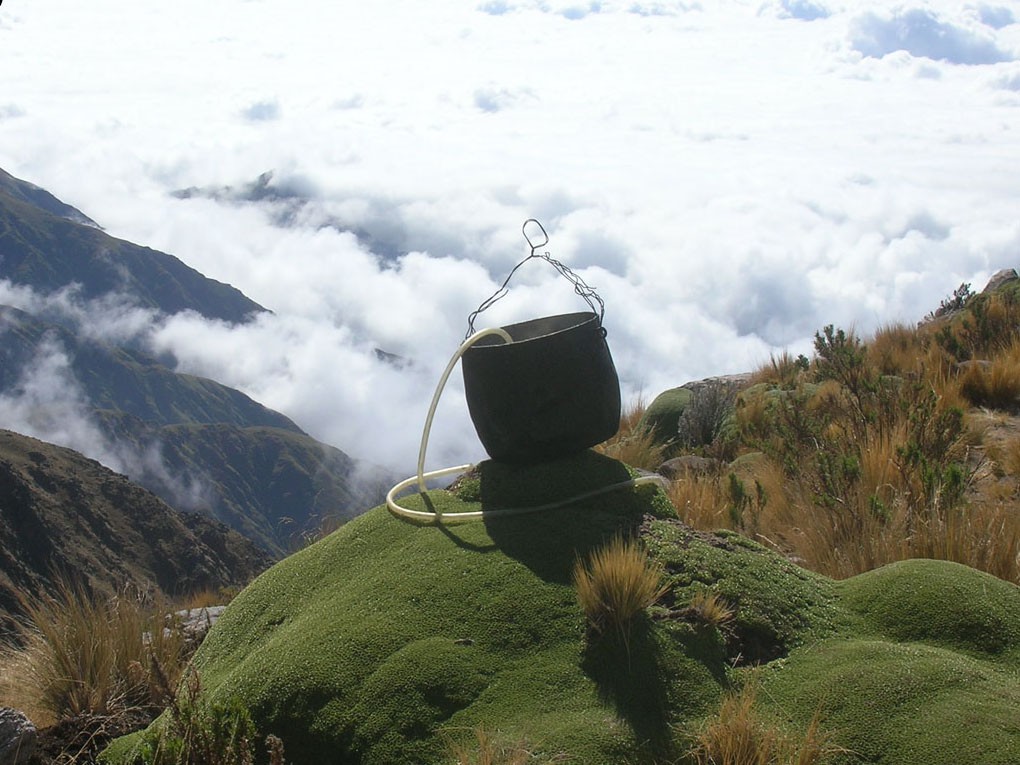 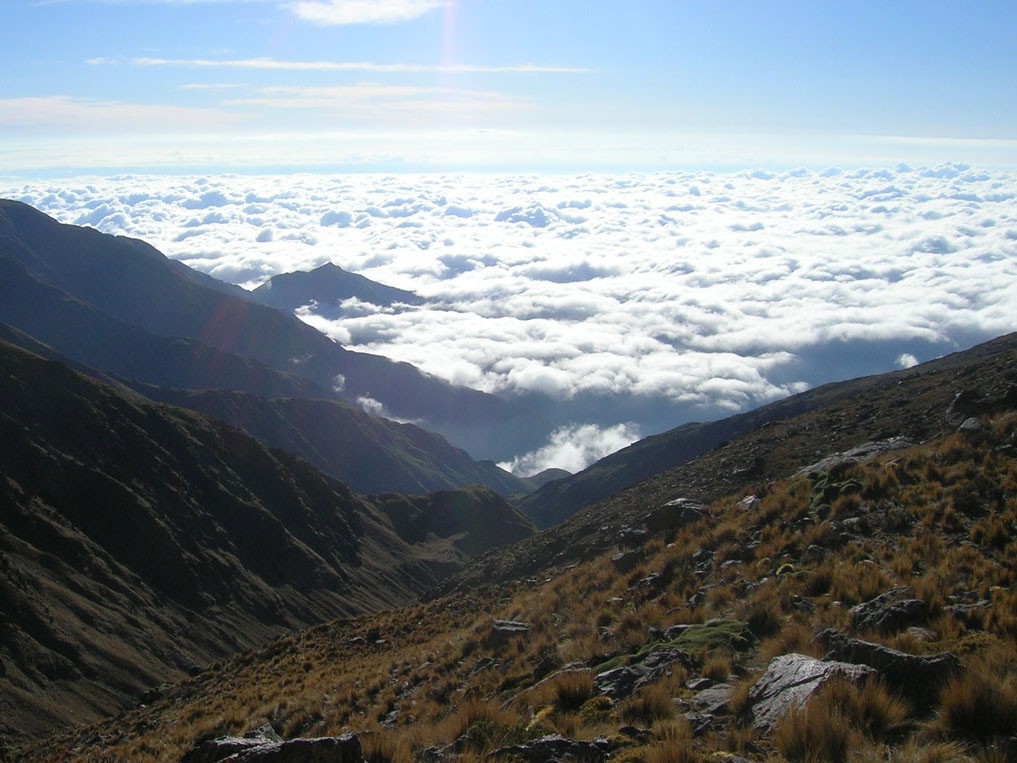 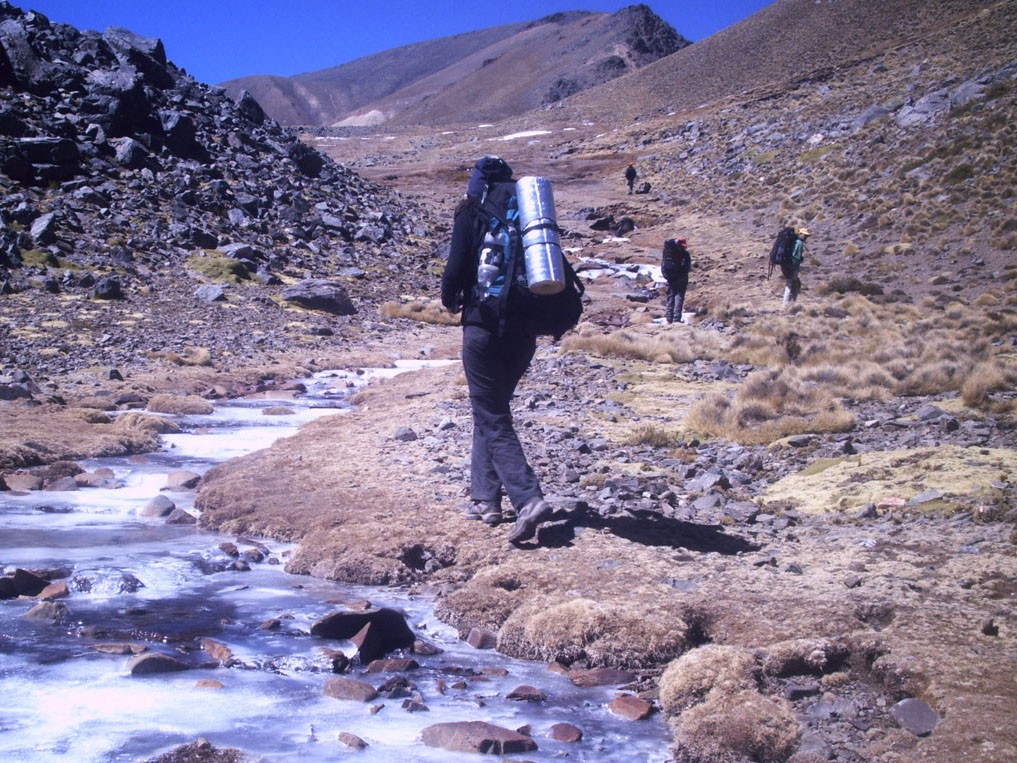 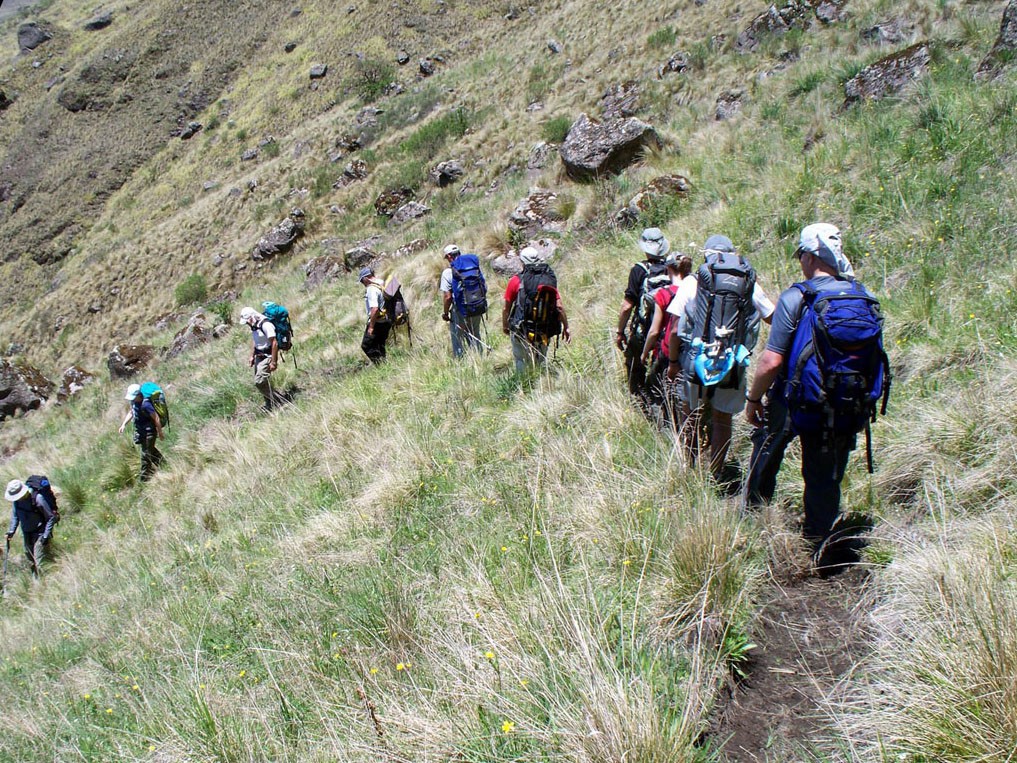 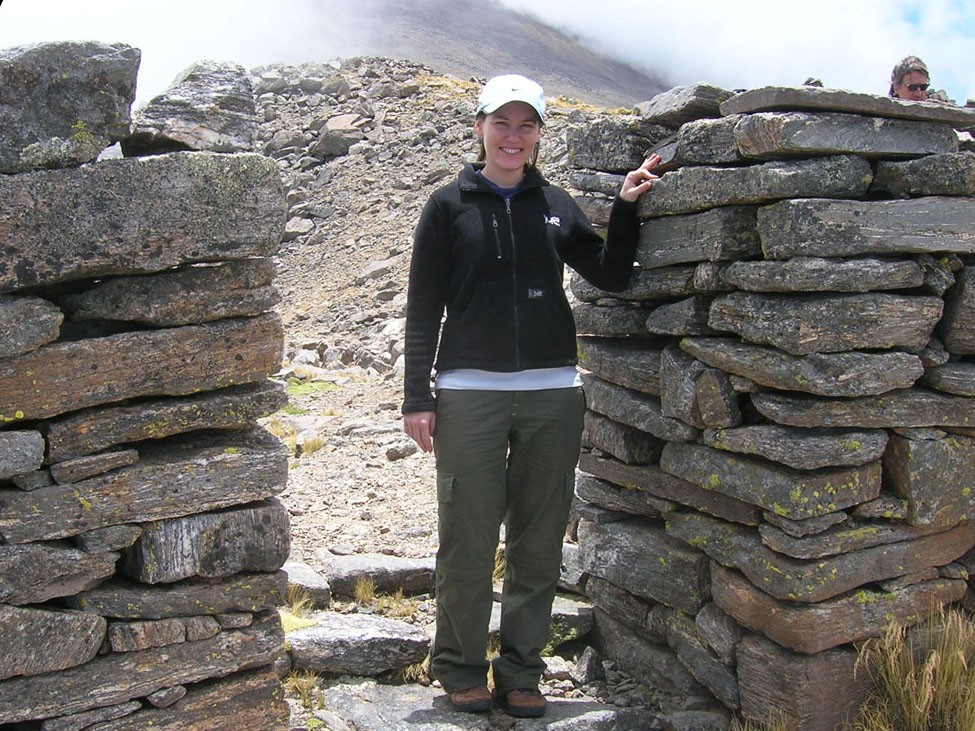 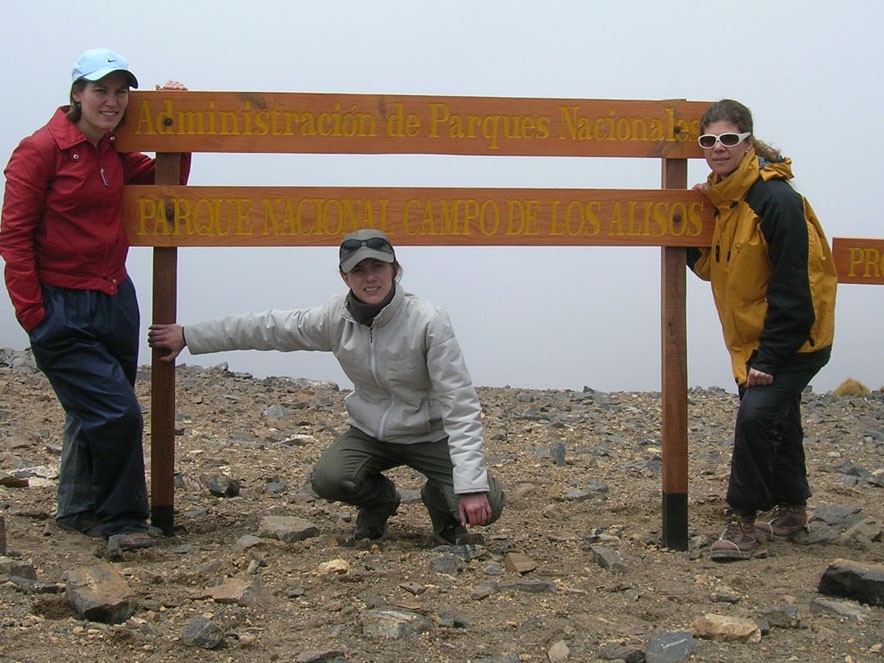 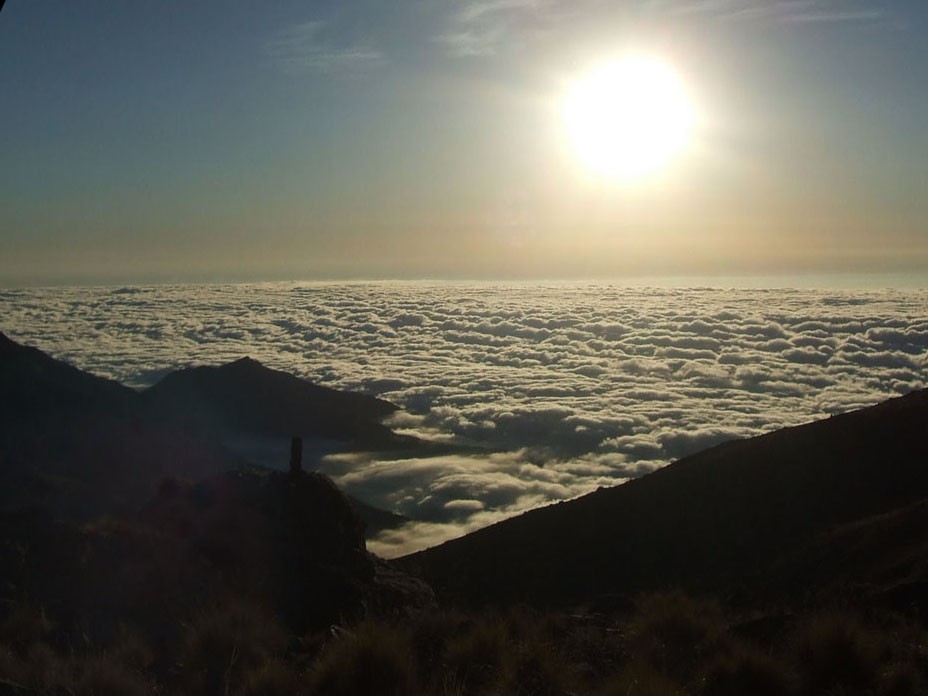 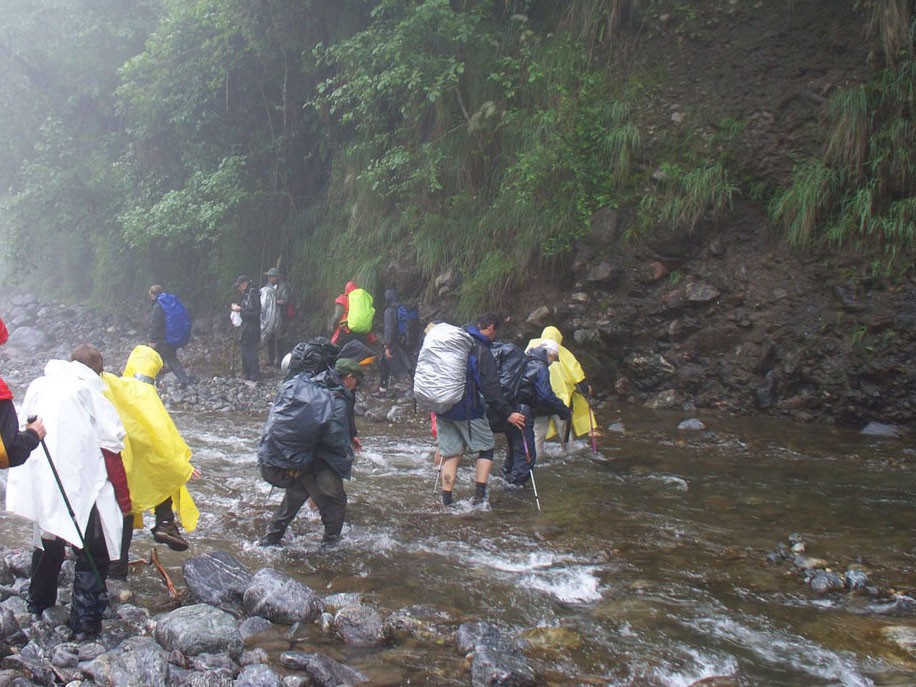 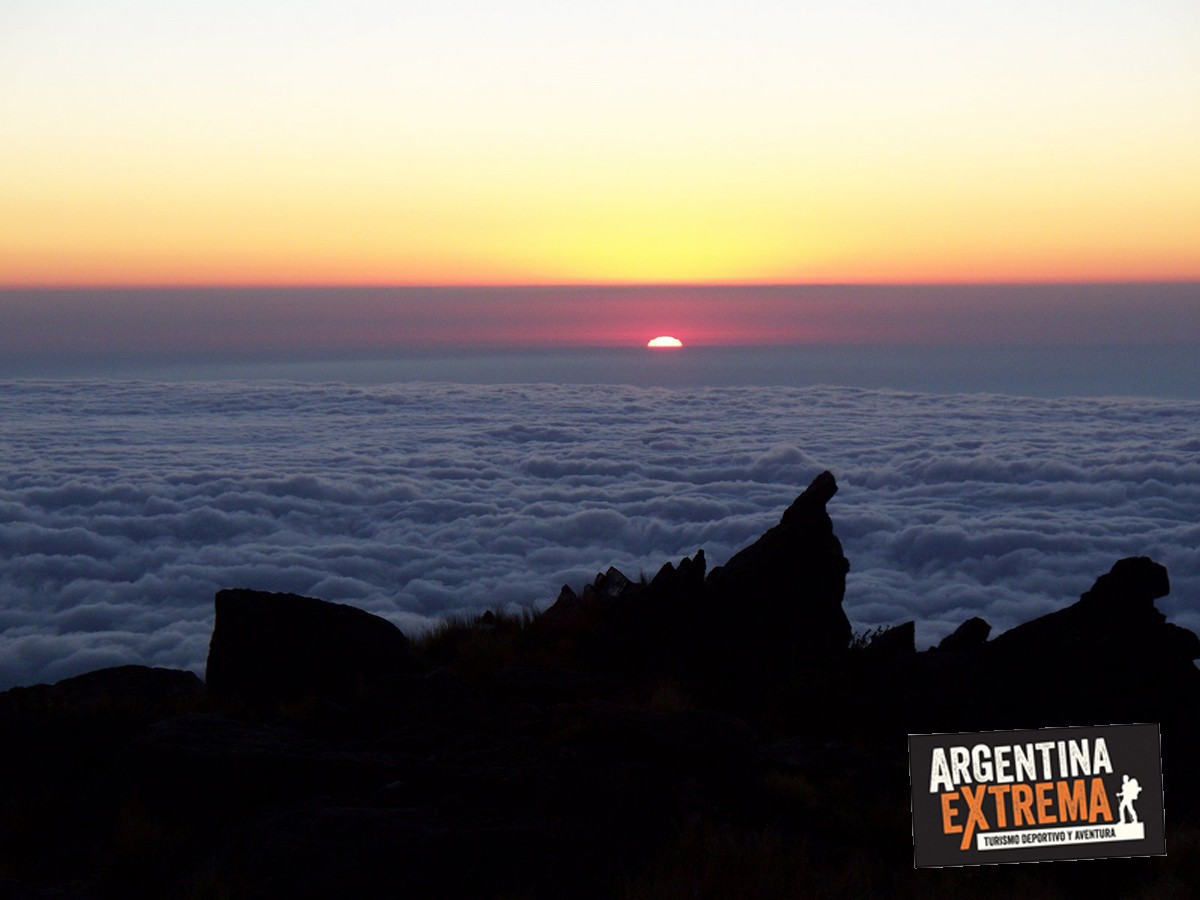 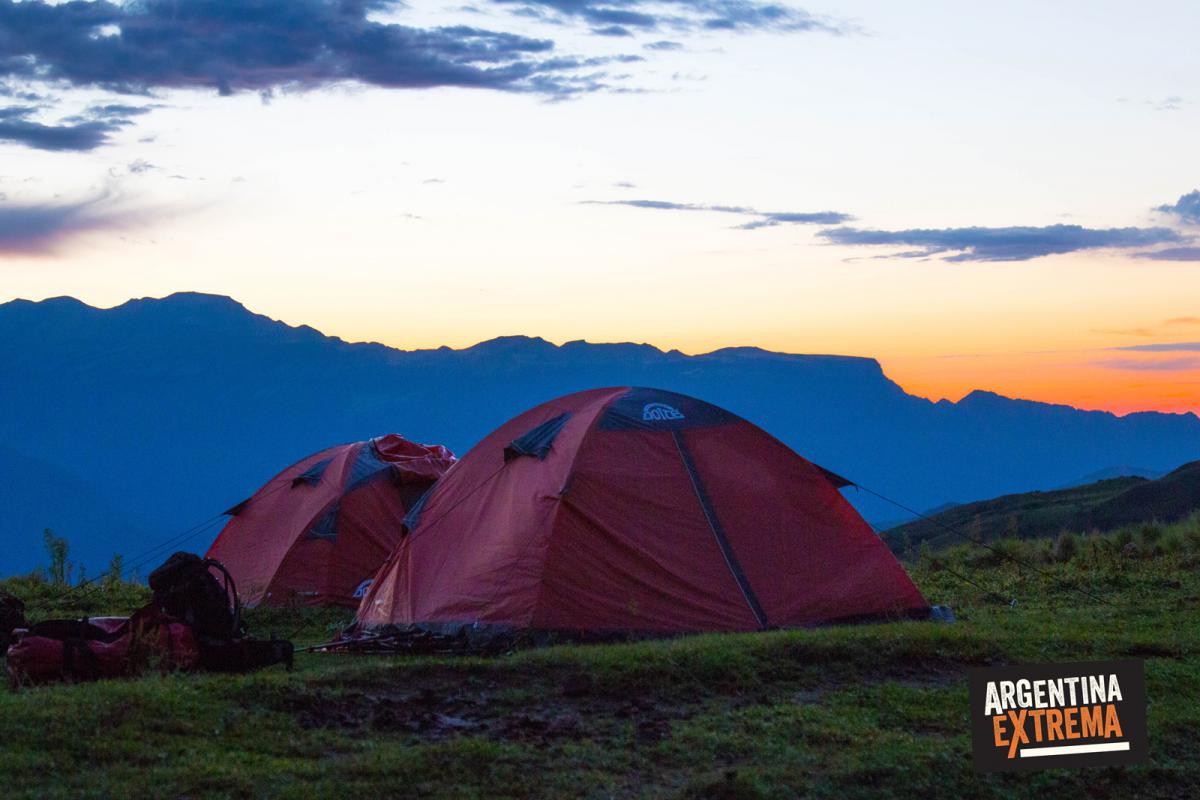